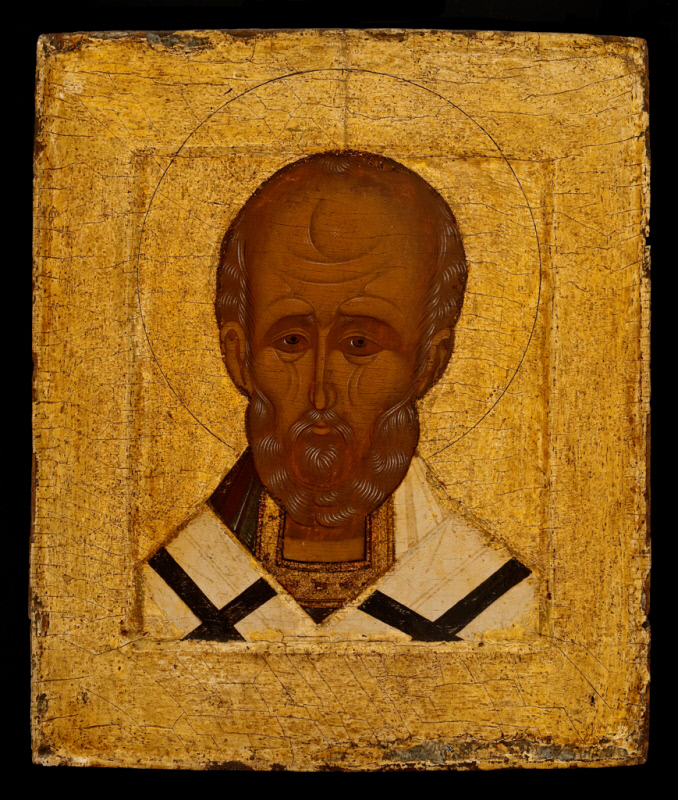 The figure of Saint Nicholas, the patron saint of Russia, is often represented only by the head and the upper part of the bust in icon paintings. This icon is dated on stylistic grounds, specifically by the appearance of Nicholas’s face and the attenuated lines that define his cheekbones, which are similar to those in a 1497 icon depicting the prophets Daniel, David, and Solomon now located in the State Tretyakov Gallery in Moscow. The austere composition, one of the most pared down in the Menil’s collection, reinforces the abstract character of the saint’s garment: simple black crosses over a white ground. The emphasis on geometry over naturalism that developed in Russian icon painting would become a decisive influence on Russian avant-garde artists of the 20th century.