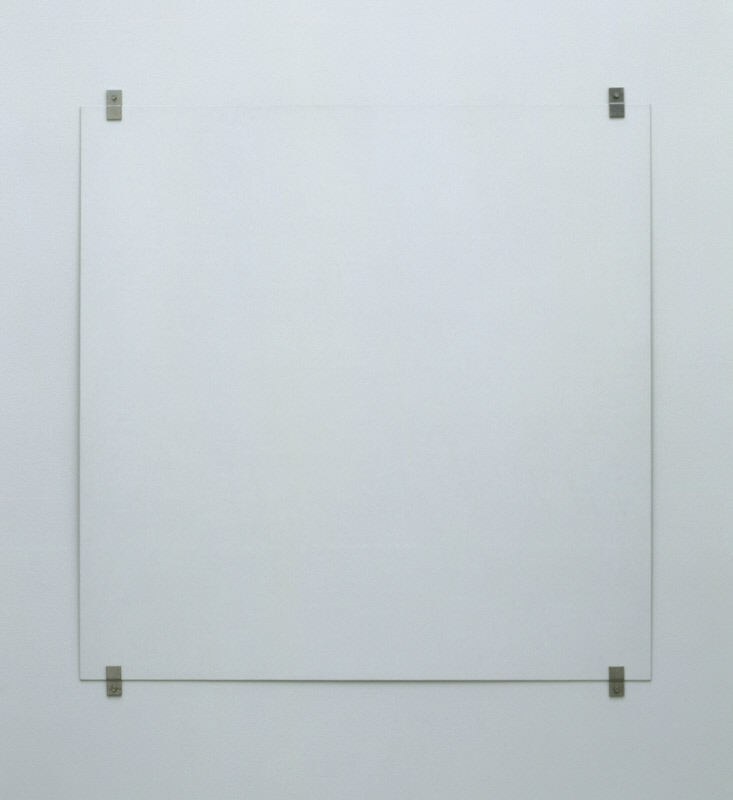 In Midland II, American artist Robert Ryman explored the expressive potential of paint within a practice bound by the exacting limitations of white paint and a square support. Through his remarkable ability to find possibility and nuance, Ryman highlighted aspects of painting that he feels are often overlooked, such as the different types of brushstrokes, the methods of applying paint to the surface of a support, the variations within the color white, even the way the placement of an artist’s signature affects a painting’s composition. As he succinctly said in an early interview, “I wanted to paint the paint.”1

Ryman was deeply affected by his brief stint as a museum guard at the Museum of Modern Art, New York, in the late 1950s, when Abstract Expressionism filled its walls. He and his generation of artists were influenced by the abstract paintings of the very visible New York School and were tasked with carrying on the movement’s legacy. For Ryman, who Yve-Alain Bois called the “guardian of the tomb of modernist painting,” this meant preserving a belief in pure, modern abstraction.2

As he continued his formal explorations, painting primarily with white paint on a white square surface, Ryman began to look at painting’s relationship to the wall on which it hung. In every painting he made in 1976, he left visible and even accentuated the support’s hanging hardware—steel mounts, Plexiglas fasteners, and socket bolts of the artist’s own design. These utilitarian elements became prominent compositional devices; the visible fastenings expose typically hidden sutures, emphasizing the “how” of painting rather than the “what” is being represented.