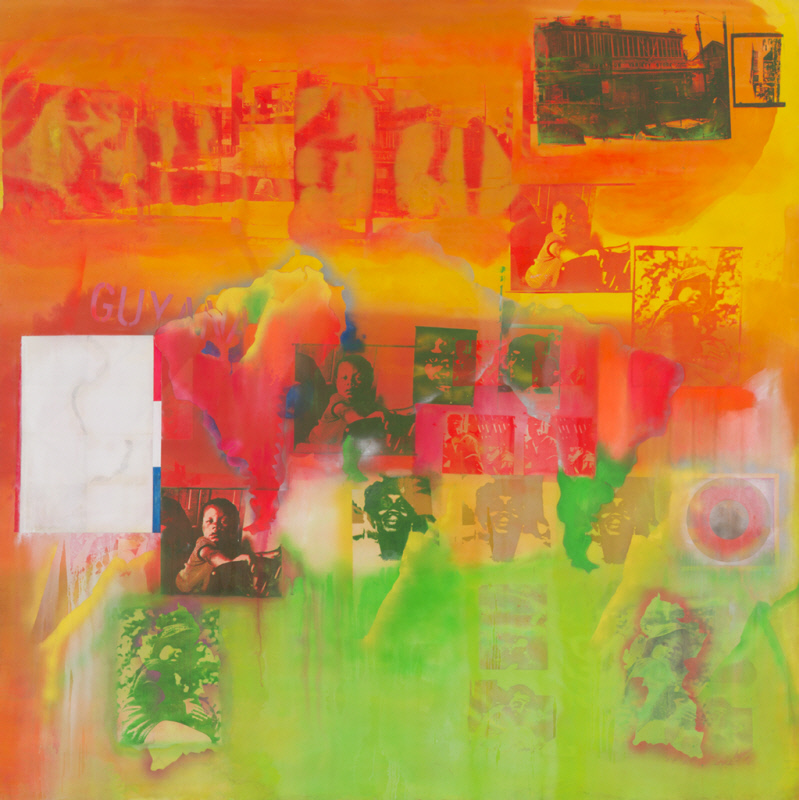 Frank Bowling (born 1936, British Guiana) moved to London in 1952 and studied at the Royal College of Art. In the mid-1960s, he moved to New York City where he created Middle Passage, among other “Map Paintings.” At this time, his work greatly expanded in scale, simultaneously shifting from figuration to abstraction. In Middle Passage, the artist layers silkscreened images of his family, including photos of his son and his mother’s general store, the contoured outlines of South America and Africa, and stenciled letters of the artist’s place of birth, “Guyana,” on vibrant washes of color. Beginning in the mid-17th century, the Guyanese territories were largely populated by African slaves who were taken there on the slave trading route across the Atlantic known as the Middle Passage, to which the title of this work refers. Guyana gained independence from Dutch and British rule in 1966. In reference to this history of colonialism, Bowling includes motifs related to the Netherlands. He includes the Dutch flag and makes a subtle nod to the geometric work of Dutch artist Piet Mondrian.