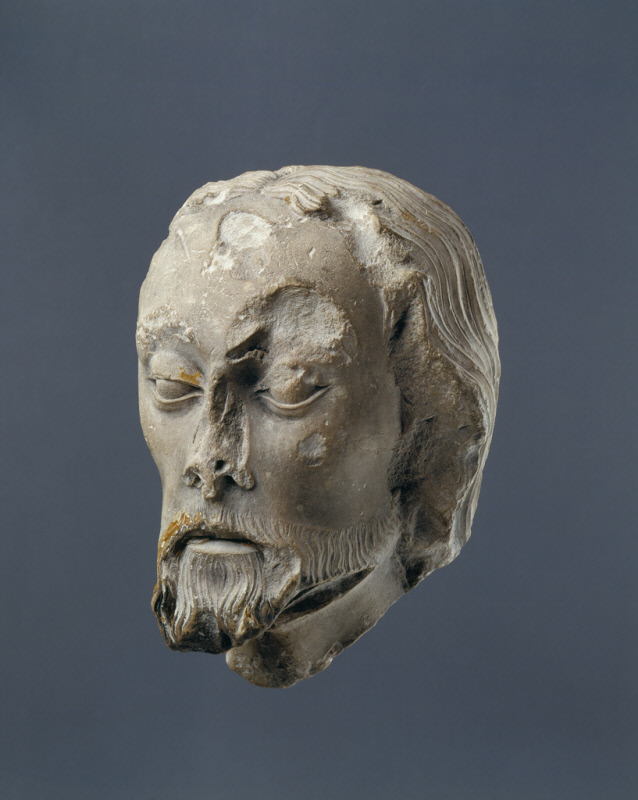 This head of a man is thought to be a fragment surviving from the interior of the priory of Saint Louis in Poissy, Île de France, about 15 miles northwest of Paris. King Philip IV (known as “Philip the Fair,” 1268–1314) founded the priory to commemorate his grandfather King Louis IX (1214–1270) and to celebrate his canonization. The church was destroyed during the French Rev­olution and is now known through 18th- and 19th-century drawings and prints and from a few remaining components of the church’s sculptural program.