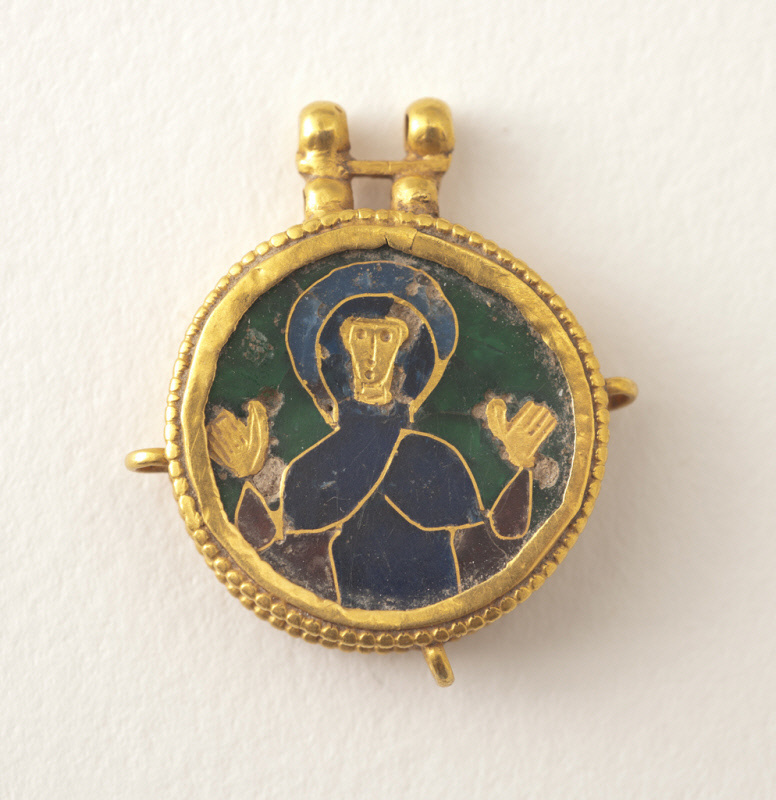 
Photo: Paul Hester
Learn More
On the front side, this gold pendant features an image of the Virgin Mary worked in cloisonné enamel. Mary’s face, neck, and hands are rendered entirely in gold, making her body glimmer against the darker green and blue enamel. This golden sheen was seen as materializing heaven’s light. A string of pearls, now lost, originally encircled the central portrait, passing through the five loops still visible on the medallion’s perimeter. In the Byzantine tradition, the seemingly spontaneous creation of a pearl within the lining of an oyster shell resonated with Christ’s miraculous conception within the body of the Virgin. Pearls were thought of, therefore, as thematically appropriate elaborations to the image of Mary. They were also understood, just as icons were, to be vital substances and thus possessing healing and protective powers. In Byzantine times, items of jewelry with sacred imagery in precious materials, like this one, functioned not only as indications of wealth and status, but were also believed to convey good fortune and spiritual advantages to their owners.