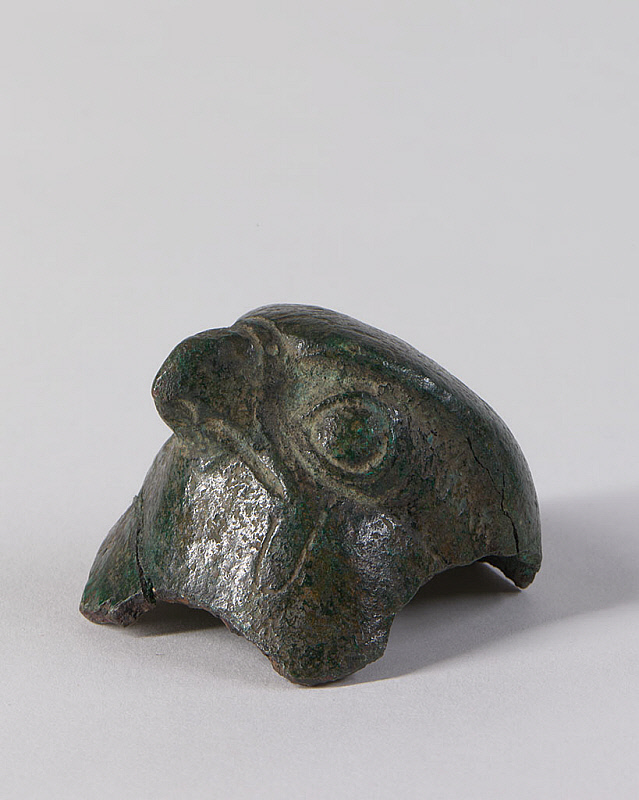 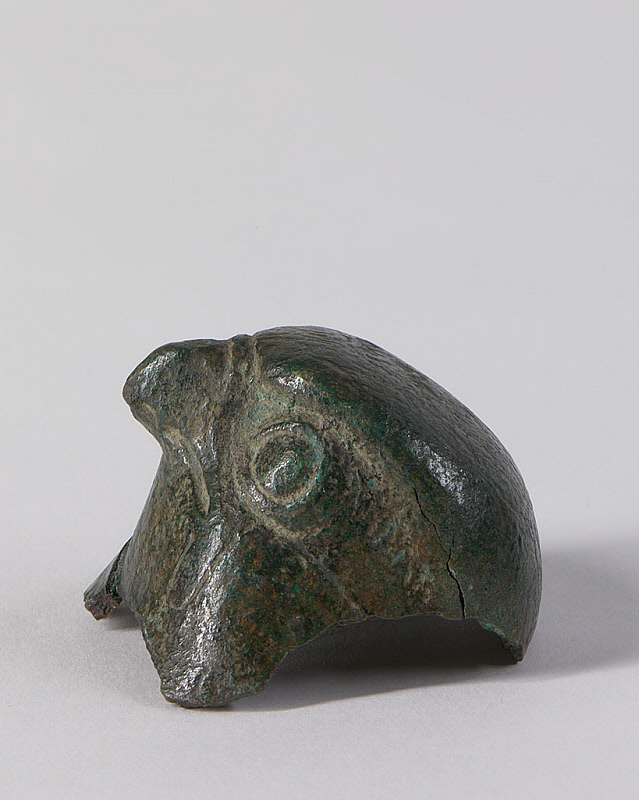 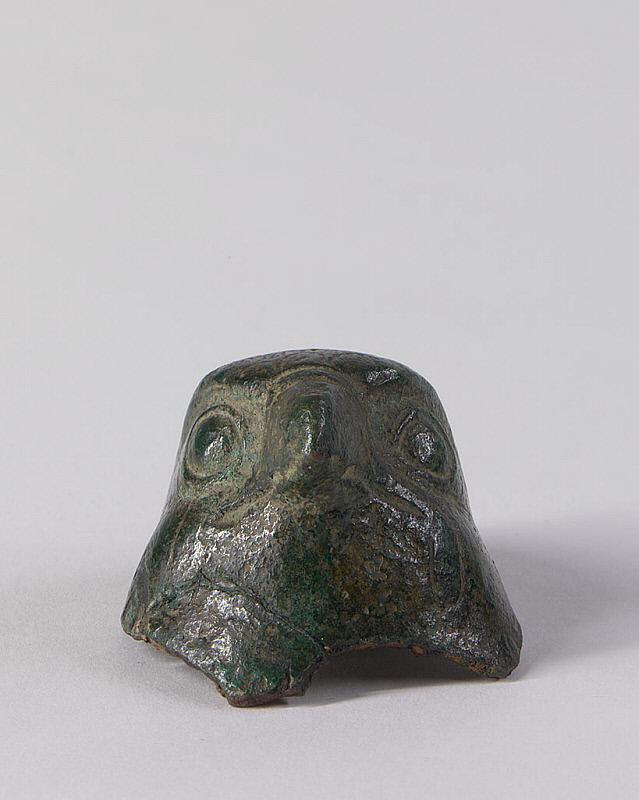 Learn More
This small head of a falcon, now broken at the neck, was most likely originally part of a small statuette. Bronze animal figurines such as this were popular portable objects with religious significance in ancient Egypt. Falcons are the sacred bird of the Egyptian god Horus. The god could be portrayed simply as a falcon or as a hybrid man with a falcon head. The association is so strong between Horus and this particular bird that the hieroglyph of his name is a falcon. In Egyptian mythology, Horus is the son of the goddess Isis and her husband Osiris, the god of the underworld. Horus served as the key sky god, the god of divine kingship, and the national god of ancient Egypt. Although the archaeological context of this piece is unknown, representations of falcons such as this would be appropriate as stand-alone offerings in a temple associated with the royal cult, an item from a domestic altar, or even as part of a mortuary assemblage. The delicate details of the falcon’s head, the wide-open eyes, and the beak match with other representations of falcons from the Late Period in Egypt (mid-7th century to the late 4th century BCE). Purchased in 1931 in Paris, this object is one of the earliest acquisitions of ancient art by the de Menils in the collection, indicating their interest in how divine beings are portrayed.

Collection Close-Up: Of Heaven and Earth