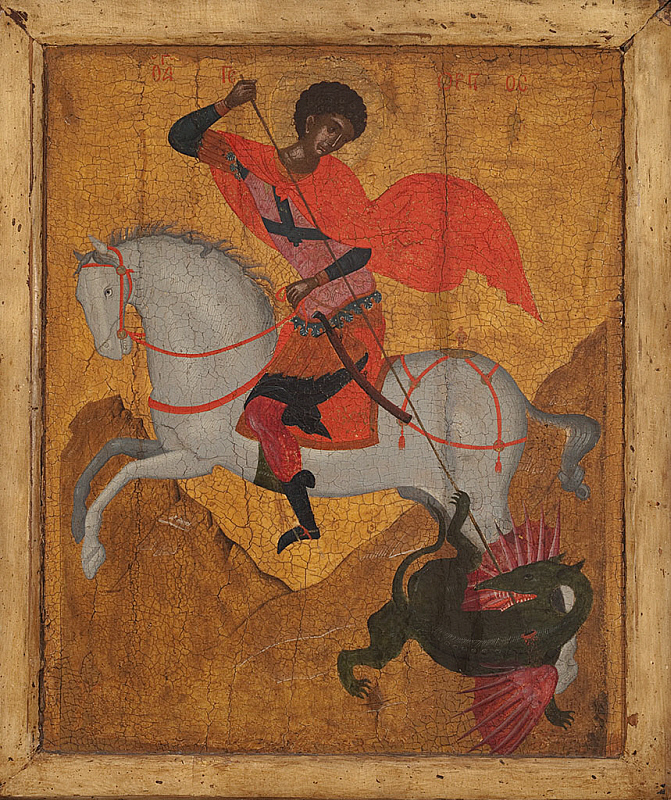 Learn More
Saint George was Byzantium’s most popular warrior saint, and the image of him on horseback killing a dragon, which has been seen since the 7th century, shows him as a defender against evil. As this icon demonstrates, the makers of such Christian images of heroes and monsters continued to depict dramatic postures and bodily movement that they observed in Greek and Hellenistic art. Saint George and the Dragon belongs to the school of iconography that developed in Crete between 1203 and 1669 when the island was under Venetian rule. During this period, Cretan painters remained faithful to Byzantine canons while responding to Italian artistic developments. Beginning in 1514, major artists from Crete traveled to Venice to work in the city’s Greek Orthodox confraternity. The spelling of the Saint’s name with an “o” rather than the Greek “ω” may reflect the habits of a painter accustomed to the Latin alphabet and suggests placing the work in the Creto-Venetian milieu toward the end of the 16th century.