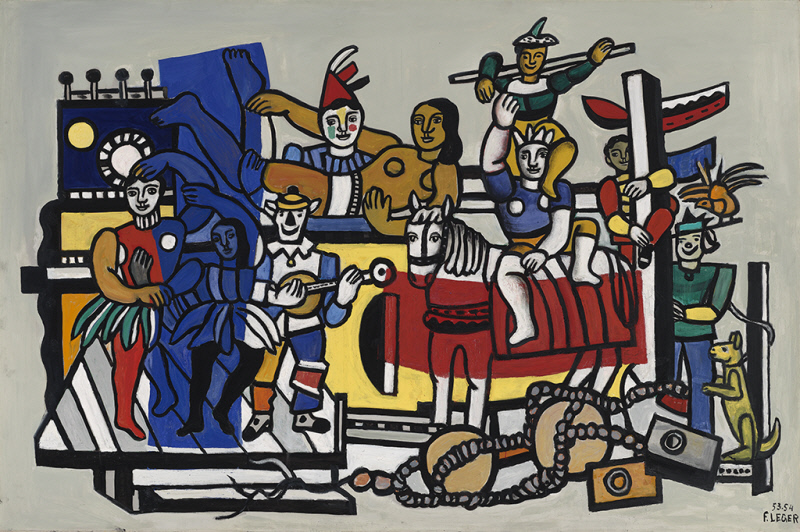 
© Artists Rights Society (ARS), New York / ADAGP, Paris
Learn More
Fernand Léger created the Study for The Grand Parade in preparation for one of his last paintings, The Great Parade (definitive state), 1954, now in the collection of the Solomon R. Guggenheim Museum. In this painted study, which closely resembles the final version, a group of circus performers and animals, each outlined in black, faces the viewer, overlaid with thick ribbons of primary colors. The Grand Parade project reflected Léger’s lifelong fascination with the circus. Like many modernist artists, Léger saw the circus as an egalitarian and liberating space where social norms went topsy-turvy and the existing socio-political order could be subverted. This aligned with Léger’s own political beliefs and his wish to make his figurative style of painting accessible to all viewers. “Go to the circus,” he wrote in his sumptuous artist book, titled Circus, in 1950. “Leave your rectangles, your geometric windows, and go to the country of circles in action. It is so human to break through restraints, to spread out, to grow towards freedom.”