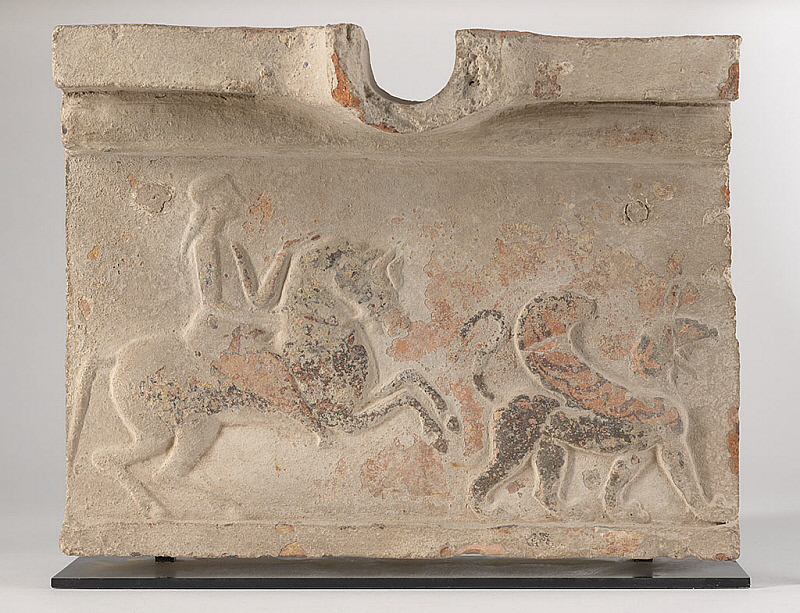 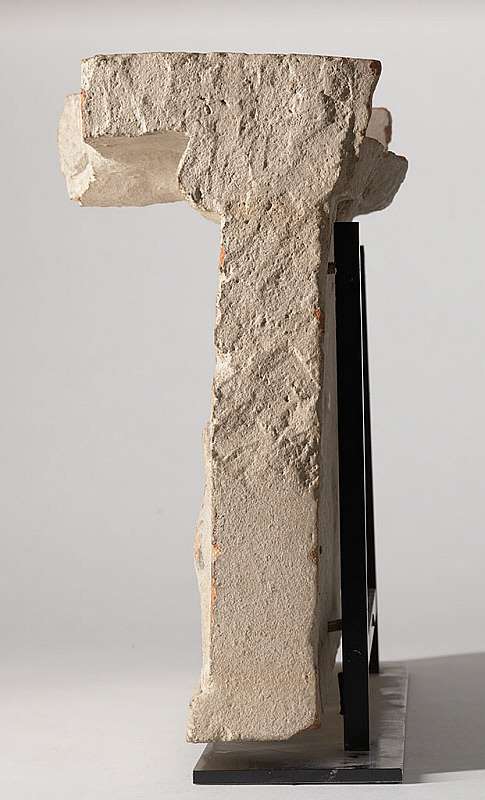 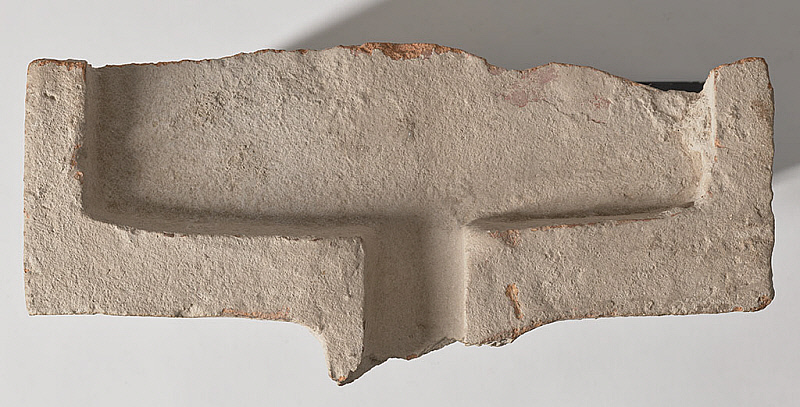 Once belonging to a monumental building, this terracotta revetment marked the transition point from the building to the roof. The waterspout, a portion of which is still attached, would have functioned as a gutter to funnel rainwater off the roof. Terracotta was used to better protect the ends of the wooden superstructure from the elements. This revetment and its companion piece in the Menil Collection (1965-22 DJ) were made from a mold, which explains the consistency between the two objects. Other similar plaques are in collections in the United States, Europe, and Asia today and all originally came from one building in Düver, Turkey. Although its exact form is not known, the scale of the architectural terracottas suggests it was monumental in size. When combined, the revetments would have created a pattern of alternating mounted rider and griffin around the exterior of building. The paint on this example is heavily worn, but once would have defined details on all three figures. There is no known mythological precedent for the imagery, nor are there elements of a battle between the horsemen and the griffins. Nassos Papalexandrou, in his study of these pieces, notes that griffins are symbols of value and act as guardians.