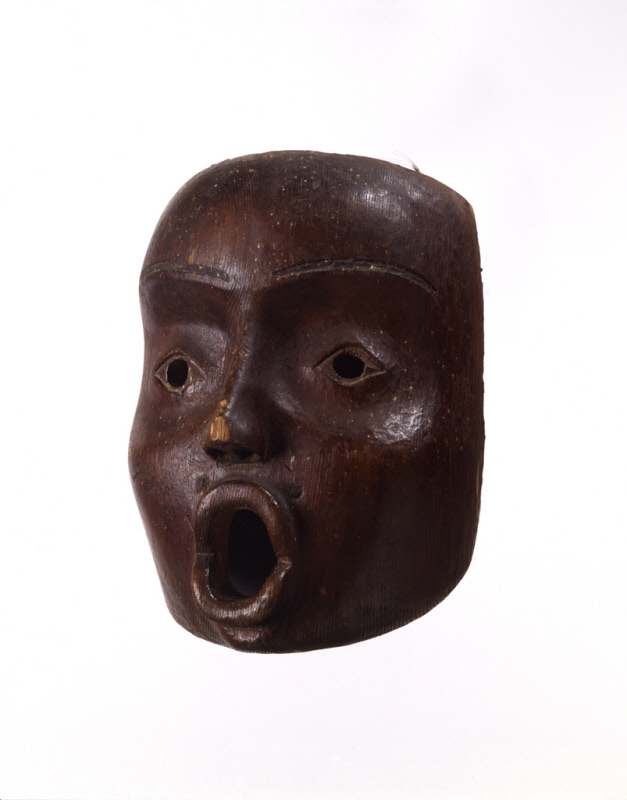 In Nuu-chah-nulth myth, the ogress Dzunukwa lives in the forest and is the nightmare bringer. She is known to kidnap children and devour them. Masks carved to represent her, such as this one, have sunken cheeks with open mouths that suck inward and deep-set eyes with absent pupils or empty eye sockets, indicating that she is blind. Fur that was originally attached to the eyebrows, mouth, and head would have accentuated the ogress’s monstrosity, but only traces remain. Dzunukwa’s hollowed features indicate that she endangers communal welfare by hoarding important resources, and as a cannibal, she threatens to disrupt ancestral lines by eating children. Dzunukwa’s mask is performed during winter potlatches where summer wealth is distributed. She is often goaded and chided in these performances as her intended victims outwit her.

Arts of the Americas and Pacific Northwest