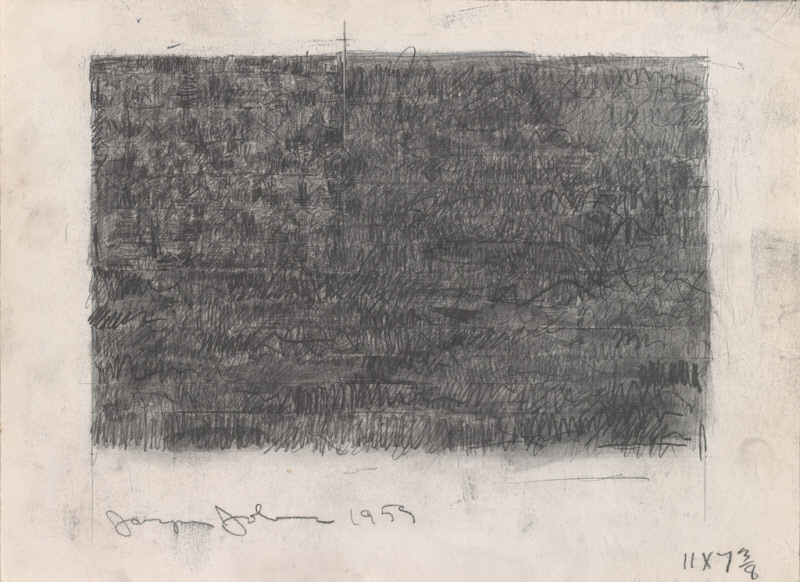 In a 1958 exhibition in New York City, Jasper Johns unveiled his now-canonical artworks of flags and targets—objects that he described as “things the mind already knows.” His process of deriving imagery from quotidian items and moments only to subject them to compositional rearrangements like layering, mirroring, and inversion has linked his work with such movements as Pop, Minimalism, and Conceptualism. In Johns’s hands, however, everyday symbols become destabilized and unfamiliar. In Flag, 1959, close looking reveals a diversity of mark-making. There is an abundance of short, stand-alone hatches and squiggles, and the stars are uneven, almost casual, with little attention given to keeping lines within the carefully laid demarcations. This flag does not cohere; it is only habitual ways of seeing that make the image a commonplace and presumably knowable symbol.

The Condition of Being Here: Drawings by Jasper Johns
Modern and Contemporary Art