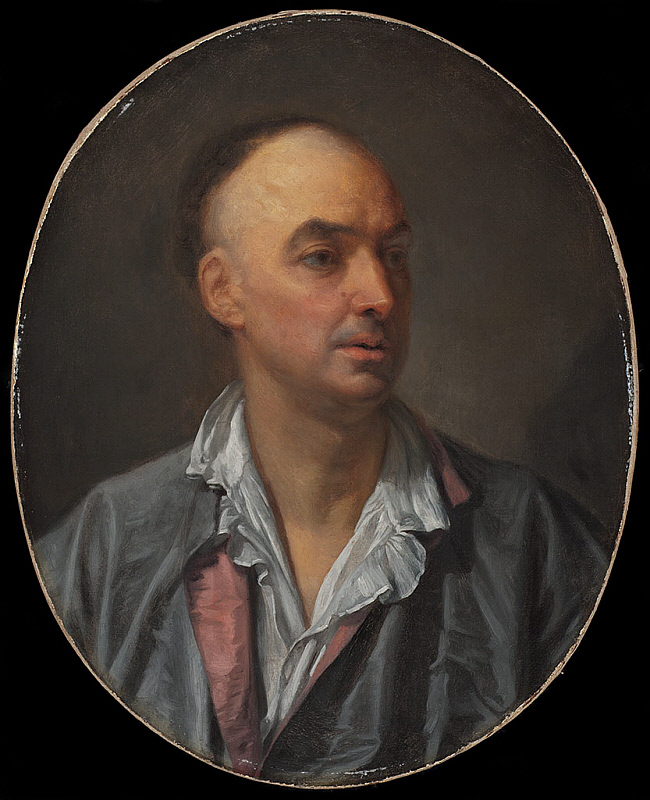 The subject of this portrait, Denis Diderot, was one of the most significant figures of eighteenth-century Europe. A philosopher, dramatist, and writer, he is best known for compiling an ambitious French-language encyclopedia that remains one of the era’s most celebrated publications. Diderot embodied the most progressive ideals of the Enlightenment, questioning all sources of received authority– political, religious, and social. His radical egalitarianism and rejection of religion were controversial enough that his work was relegated to the margins of French philosophy for most of the 19th century. Later however, his ideas would influence some of Europe’s most important thinkers including Goethe, Hegel, Marx, Nietzsche, and Freud. Diderot also wrote about art, regularly reviewing each of the Paris Salons, the official biannual exhibitions of the Académie des Beaux-Arts, between 1759 and 1781. The first of these included a lengthy appreciation of a painting by Jean-Baptiste Greuze, the author of this portrait. Born in Tournus, France, Greuze moved to Paris around 1750 and was accepted into the Académie in 1755. While he owed much of his early success to Diderot’s enthusiastic critical support, by the end of the 1760s their friendship had soured.