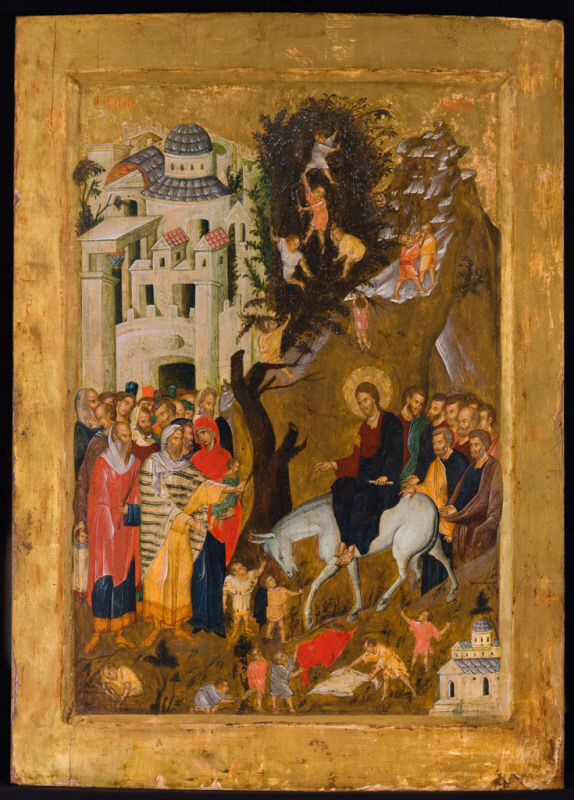 The Menil Collection acquired this icon depicting Christ’s Entry into Jerusalem in 1997 to commemorate both the museum’s 10th anniversary and Dominique de Menil’s 89th birthday. The columns and gables of the city, the bust over its gate, and the postures of the individuals who greet Christ as he rides into Jerusalem are all elements drawn from classical Greek art and designed to appeal to educated Byzantines. The icon was painted in the years preceding the fall of Byzantine Empire to the Ottomans in 1453, a period that was economically devastating to Constantinople. Despite the loss of wealth and power in the region, art production, as demonstrated by this icon, remained high in quality and responsive to both European and domestic developments. Historians have noted that merchant vessels sailing from Constantinople to Western Europe regularly carried panel paintings among their cargo, indicating that artists were producing for an international market.