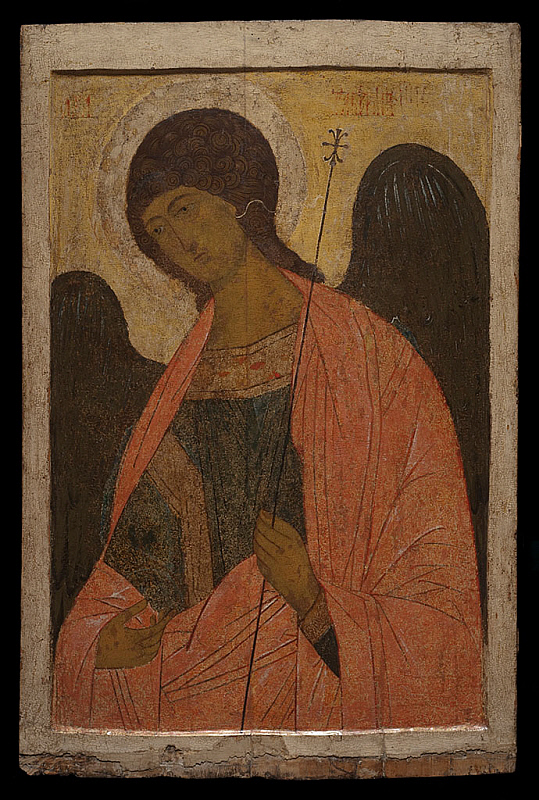 This icon of Archangel Gabriel, along with its companion Archangel Michael, was originally part of the central row (called the tchin) of an iconostasis, a wall of icons that separated the church’s sanctuary from its congregational hall. Together, they flanked the traditional triadic representation (the Deesis) of Christ, the Virgin Mary, and John the Baptist. In this setting, the archangels are typically shown in three-quarter view and deferentially turned towards the central image of Christ. The floating white ribbons by Gabriel’s ear allow him to hear the voice of God. He also holds two of the many attributes associated with the archangels: a staff in one hand and in the other, originally, a transparent globe, only traces of which can still be observed. His serene expression and inclined posture, as well as the overall minimalism of the composition, reflect a sensibility introduced to by Andrey Rublyov (ca. 1360–1427/30), a monk now regarded as the most significant icon painter of medieval Russia due to his innovative approach to iconography. The icon’s palette, color contrast, modeling, and silhouette, however, more closely resemble examples dating from after Rublyov’s death, suggesting that this panel was completed by one of the many painters to follow his legacy.