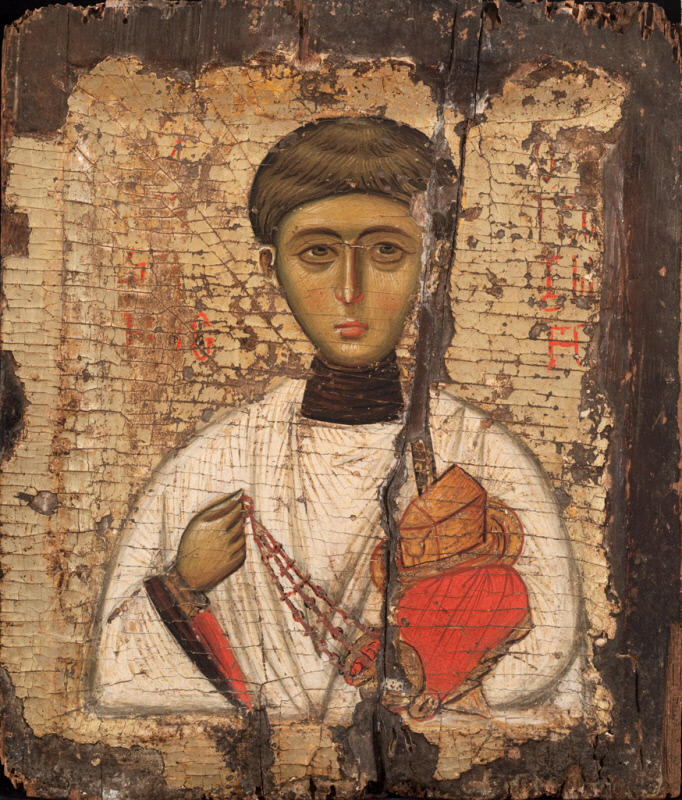 Saint Stephen was the first of seven deacons appointed to an order in Palestine created by the apostles of Jesus Christ. The group was formed to preach the gospel and to assist in the Orthodox Church’s customary celebrations, as indicated by the swinging censer and the vessels of the Eucharist the saint holds under his left arm. The figure’s youthful countenance and serene expression conform to his description in the Book of Acts (also known as the Acts of the Apostles), “his face appeared as the face of an angel” (Acts 6:15). The saint wears an alb, the traditional robe of a deacon, over two undergarments, one red and oe black. The red cloth under his arm emphasizes the gold of the box of consecrated wafers. The box’s rectangular shape and pitched lid are nearly identical to those of a small Macedonian reliquary also in the Menil Collection (object number X 819). The masterful technique and subtle style of the icon point to an accomplished artist working in a major workshop of a metropolitan center such as Constantinople or Thessaloniki.