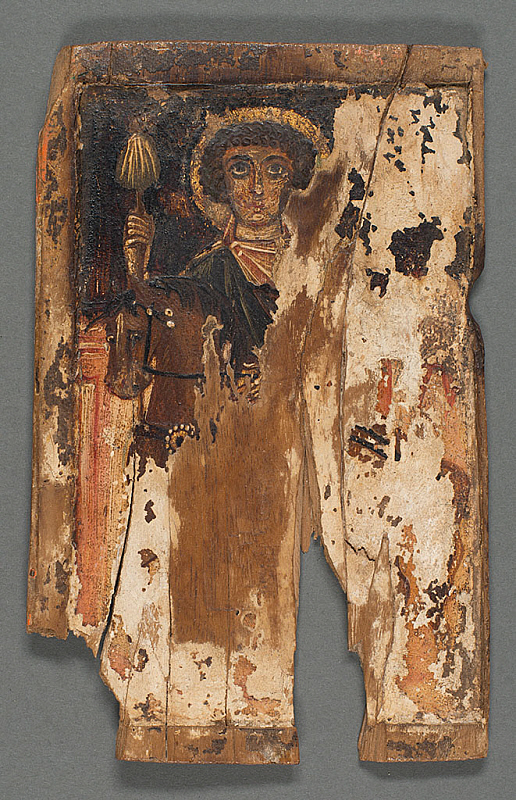 Soldier Saint, the oldest icon in the Menil Collection, is a remarkable and extremely rare example of Christian panel painting dating from before the Iconoclastic Controversy (726–843 CE), during which the use of icons was suppressed and existing icons were often destroyed. This icon shows evidence of its age: the panel has been broken and repaired, and a fair amount of pigment and gilding have been lost in the nearly 1,500 years since its making. The frontal view and transfixing gaze of the warrior saint are consistent with the Byzantine style. Simultaneously, the earlier Hellenistic tradition is visible in the figure’s robes, the three-quarter view of the horse, the horse’s bejeweled harness, and its expressive head. The figure’s frontality indicates Christian transcendence, which the halo confirms. The encaustic medium (paint mixed with wax) suggests a Syro-Palestinian origin, and the style dates the object to the 6th century.