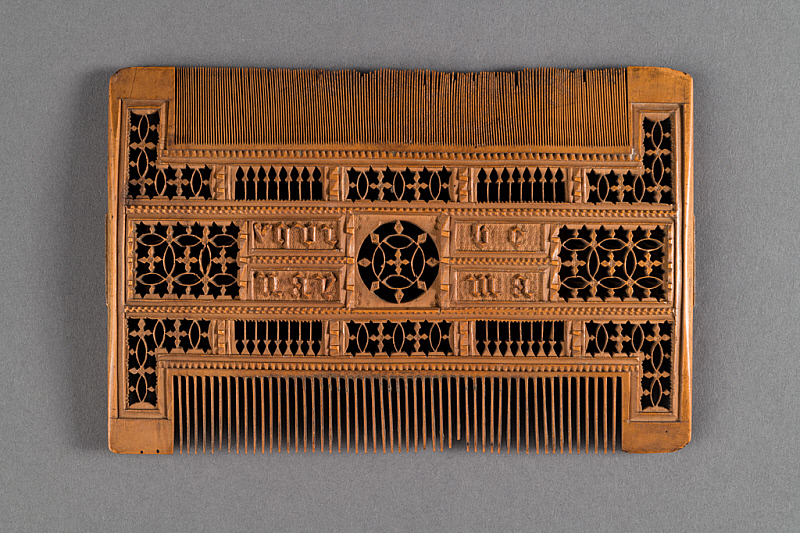 This late 15th-century French comb was fashioned from boxwood, a dense and finely grained wood resistant to splitting or chipping and therefore perfectly suited to the precise carving needed for the fine teeth, which were used for untangling and arranging hair. Ornamented with intricate perforations known as openwork, the area between the two rows of teeth contains two small compartments for cosmetics hidden by sliding covers. The repeating patterns of crosses, circles, and arches mimic the architectural details and rosette windows of Gothic cathedrals. In the European Middle Ages (5th–15th centuries), combs were often presented as tokens of affection, especially from a young man to his betrothed. Indeed, the elaborate embellishment and high level of craftsmanship in this example suggest it would be a cherished possession.