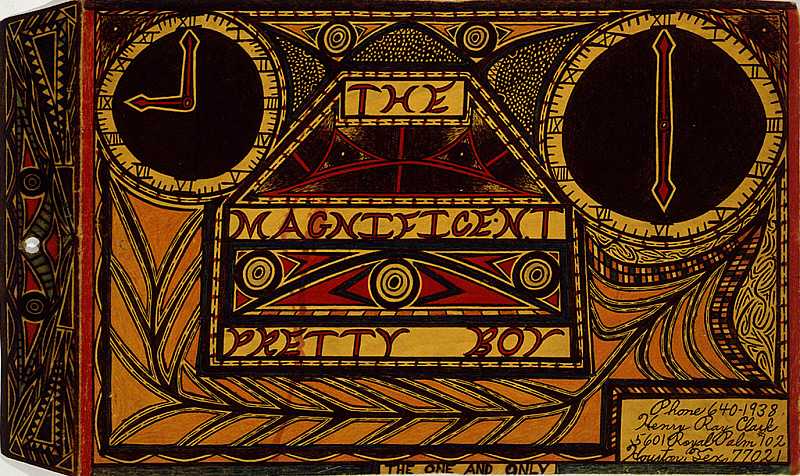 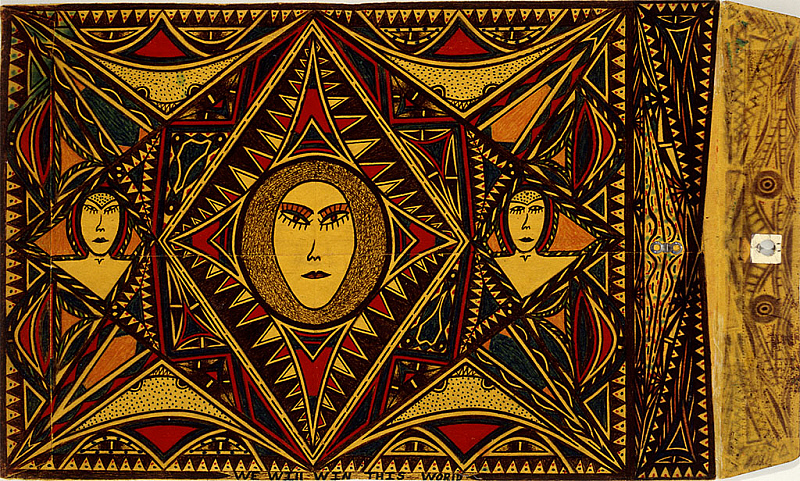 “The Magnificent Pretty Boy” was artist Henry Ray Clark’s street name that called attention to his charm and good looks for which he was well known in the Houston community. Self-taught, Clark drew this work while incarcerated in Texas, a testament to the accessibility of drawing as an artistic medium. Literature about this artist frequently refers to him as a criminal, though it seems Clark viewed himself as an underdog as intimated by the inscription on one side: “WE WILL WIN THIS WORLD.” Toward that end, his work creates worlds on paper that envision a better future both collectively and personally. Drawing on anything he could get his hands on, Clark dreamed on paper with intricately patterned lines that the eye can follow across the sheet. His visionary work engineered something cosmic on the page, offering a needed respite from his carceral reality. Drawing allowed Clark to make manifest and tangible his dreamscapes. Drawing allows those dreamed-up futurities to inhabit the visible, physical world.

Manila envelopes were Clark’s preferred surface on which to draw, which highlights one of the primary modes of communication while incarcerated: mail. Two clocks appear on the other side of this drawing at the top left and right of the envelope. Clark frequently drew clocks, foregrounding an awareness of time, which is a central factor of life in prison where there are controls on all aspects of daily life. Incarcerated people are frequently discussed as “doing time,” with the sentence length and release dates top of mind for them and their families. In the bottom right-hand corner, Clark includes an address to an apartment complex in Houston’s Third Ward, possibly imagining his homecoming, adding a layer of meaning to the term “return address.”

Lessons from Below: Otabenga Jones & Associates
Modern and Contemporary Art