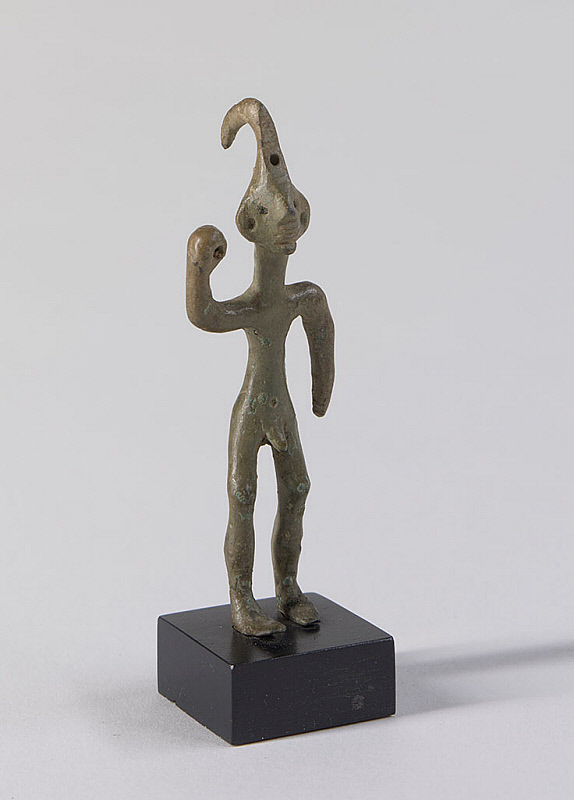 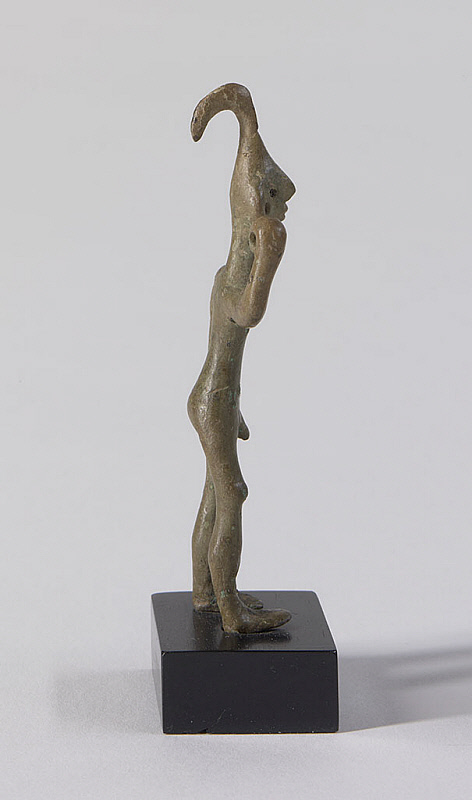 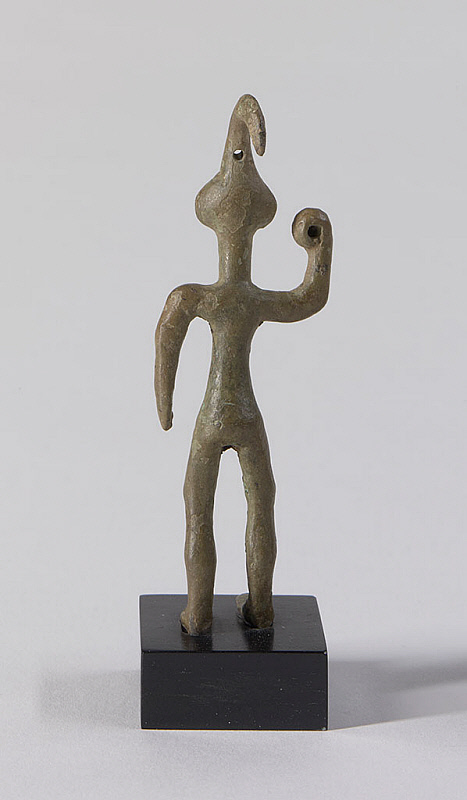 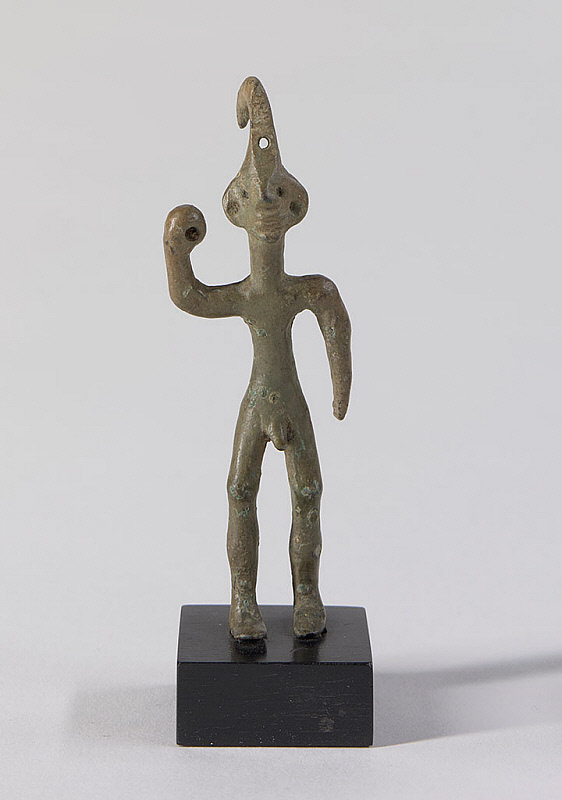 This small, bronze male warrior, standing with upraised right arm, is from the late Geometric period (approximately 750–700 BCE). The anatomical details of the figure are minimal: subtle bulges in the material indicate the right hand, knees, and feet as well as protruding male genitalia. The left hand is entirely unformed, tapering into a point, and it may have once been obscured by a shield, now lost. The figure features an elongated neck, tubular torso, and flat arms. Its face is characterized by a projecting nose, lips, and chin, and the eyes and ears were made by a ball punch and mouth by a chiseled line. Unusually, the ears are flattened and oversized. The figure is nude, but wears a helmet in the form of a conical, pointed cap with the crest curling backwards. Holes are pierced through his helmet and his feet, allowing for the figure to be suspended or attached to a base. His right hand, which probably once held a spear, is similarly pierced. While we do not know the identity of the figure, this warrior may represent a mortal hero on account of his heroic nudity and lack of a belt, which typically appears in representations of the gods in this medium during this period.

The de Menils acquired this object in 1969, and its archaeological context is unknown. The warrior figure has stylistic similarities with pieces from Northern Greece, specifically Thessalian figures and pendants. Scholar Susan Langdon has suggested it has particularly strong parallels with figures excavated at the site of Philia in Thessaly, where there is a shrine site to Athena Itonia. Itonia is an epithet of the goddess Athena that may indicate a chthonic (of or relating to the underworld) association of the cult at that particular shrine and others in the region.