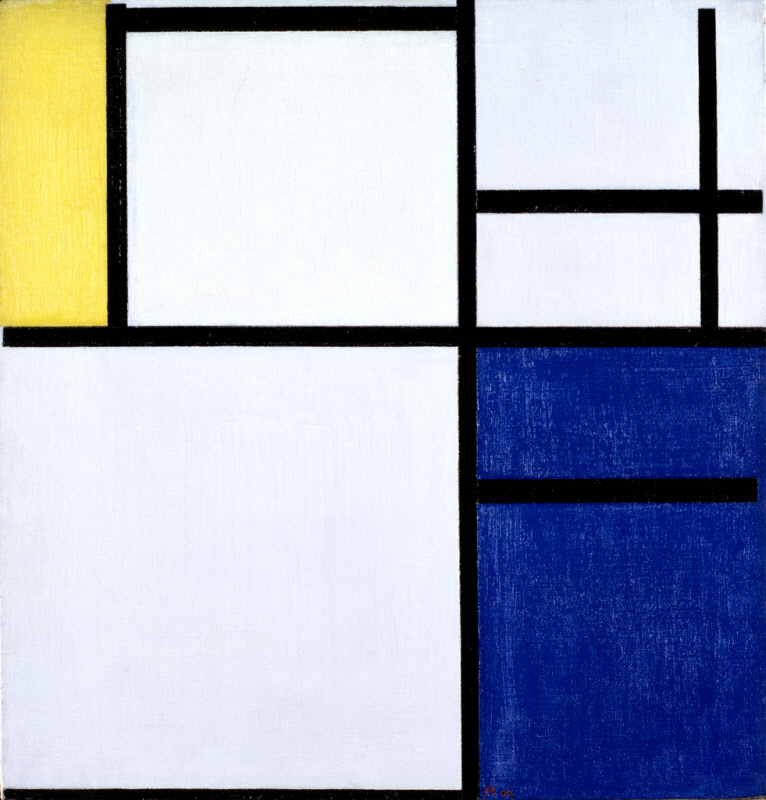 A pioneer in abstract art, Dutch painter Piet Mondrian (1872 – 1944) fully realized his purified pictorial language, which he called Neo-Plasticism, while living in Paris in the early 1920s. Following a revelatory encounter with Cubism in that city in 1912, Mondrian spent World War I in the Netherlands, gradually transforming the logic of Cubism’s fractured and interpenetrating planes into non-representational modular grids. However, he soon came to see those checkerboards as overly symmetrical, and so lacking the tension that he sought. On his return to Paris, he created works such as Composition with Yellow, Blue, and Blue-White, 1922. As in his paintings from the late 1910s, this one contains only primary colors (here, yellow and blue), primary values (black and white), and strictly horizontal and vertical lines. Crucially, however, Mondrian now arranged these elements into a balanced, asymmetrical composition, with each component seemingly held in place by what he called a “dynamic rhythm.”