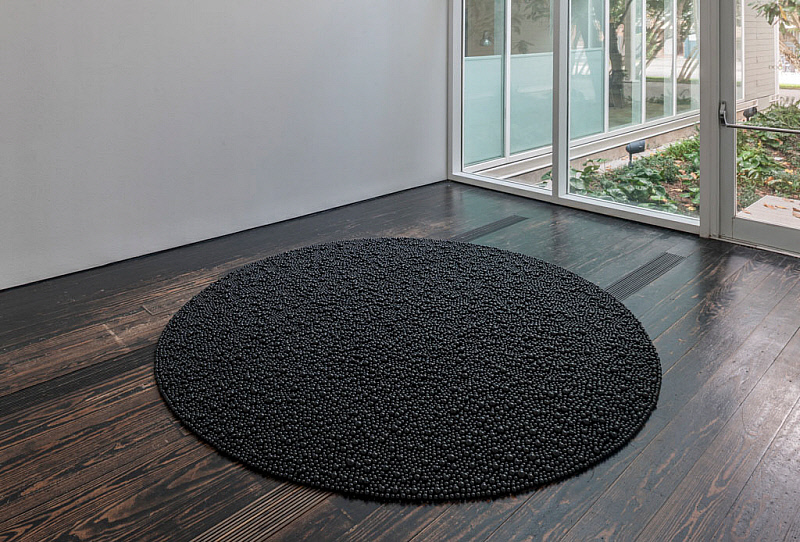 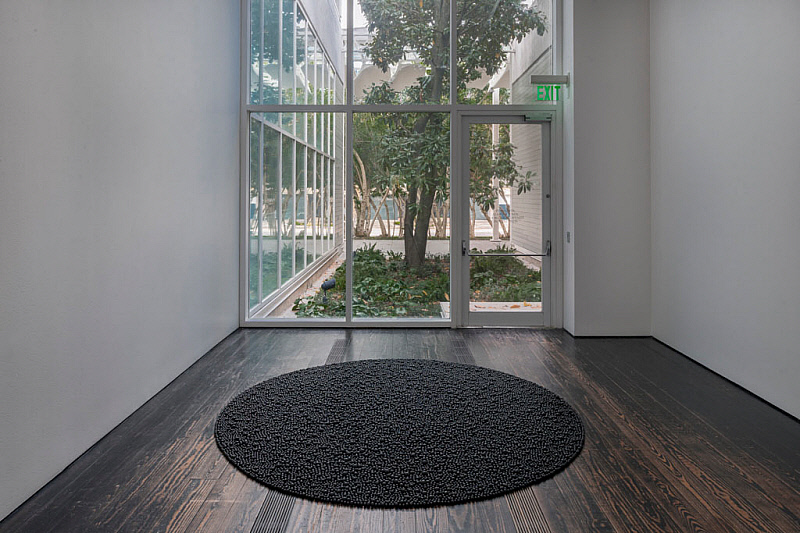 Turbulence (black), 2014, is a light-catching pool of handmade glass balls installed directly on the floor. Although Mona Hatoum often works with marbles, this sculpture is distinguished by its circular form and use of black glass, which create a slippery dark puddle approximately six feet in diameter. In a conversation with curator Michelle White in 2017, the artist described the patterns formed by the differently sized spheres as “turbulent and swirling,” appearing as if the sculpture was “an undulating liquid surface.” The work slyly entices the viewer to approach even while it is menacing. If one were to step onto the gleaming glass, disaster would surely ensue. Hatoum has said the fluidity and flux of her works with marbles are about the impossibility of containing things that do not fit neatly into formal structures—the messy, the amorphous, the imaginative.

Born to a Palestinian family in Beirut, Hatoum was in London on a short visit in 1975 when civil war broke out in Lebanon. Unable to return home, she stayed in London, where she continues to live and work. She attended the Byam Shaw School of Art and the Slade School of Fine Art in London. At the beginning of her career in the 1980s, Hatoum created video and performance work focused on her body. In the late 1980s, her practice shifted to large-scale sculptures and installations that engage the body of the viewer.