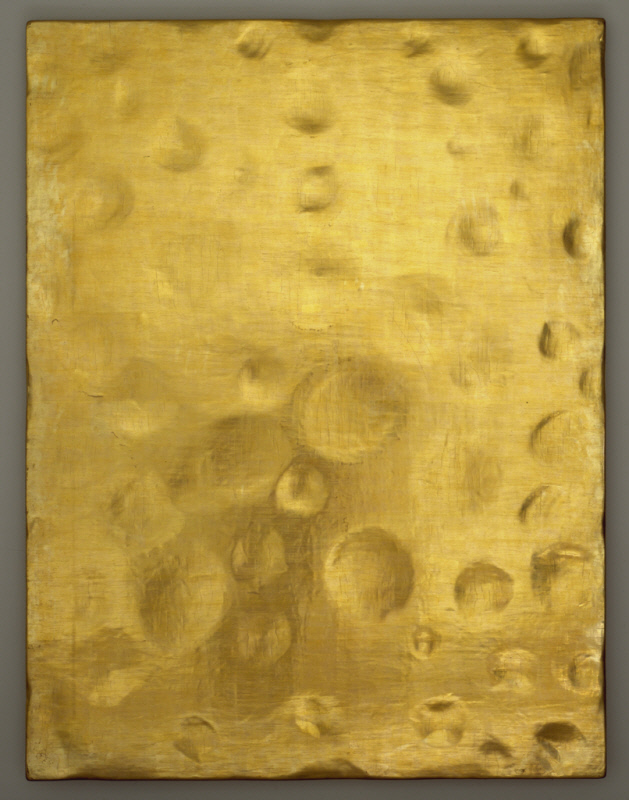 Yves Klein had no formal training as a painter but was a serious student of judo and the esoteric spiritual discipline Rosicrucianism. He pursued a radically philosophical rather than material goal, seeking to discover the absolute through the investigation of pure color. Fasci­nated with myth, legend, and ritual, Klein lived his life almost as an artwork in itself. He began to produce monochromes in 1954, eventually restricting himself to three colors: blue, pink, and gold. This untitled Monogold is a shallow relief created from plywood, sanded to produce inden­tations of varying sizes and depths, and covered with gold leaf; it was then burnished, creating a highly reflective surface. Klein brought forth gold’s formal and symbolic properties—expensive, fragile, radiant, sacred—in an object that appears simultaneously archaic and ultramodern.

Byzantine Things in the World
Modern and Contemporary Art