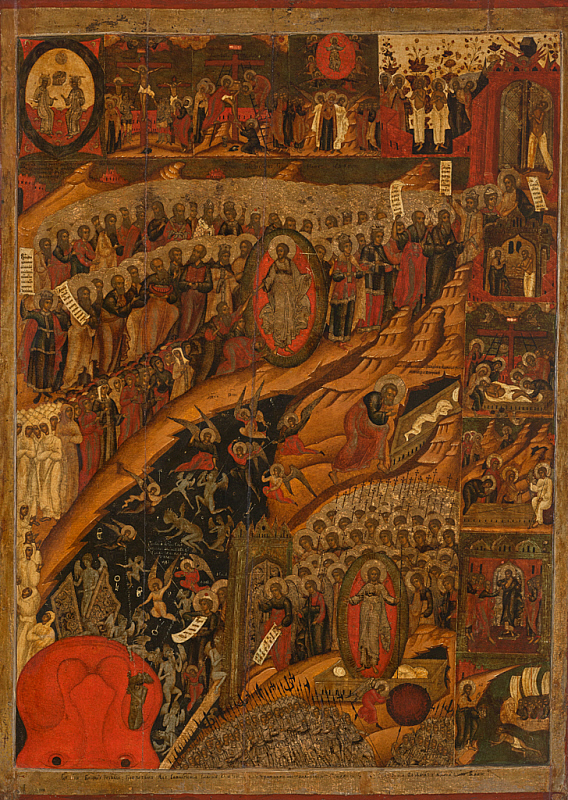 This extremely large icon merges images of the Resurrection of Jesus Christ with themes of Heaven, Hell, and the Final Judgement. Wearing golden robes and wreathed in light, the resurrected Christ appears twice in this icon, an iconography found only in Russian depictions of the event. In the center, Christ releases the righteous dead from Hades. Eve kneels at Christ’s feet, while Adam holds his hand.  Behind Adam and Eve, Noah and Moses can be recognized respectively by the ark and the tablets they hold. John the Baptist leads the procession to the gates of Paradise in the upper right-hand corner. The second Christ figure appears near the bottom right standing in an open sarcophagus with ranks of angels behind him. At the lower left, demons and damned souls tumble in the darkness that emerges from the red maw of Hell. The top borders of the panel show Christ’s Crucifixion, Deposition, and Ascension, leading to Heaven itself. The story moves downward along the right border through Christ’s meeting with the Good Thief, the Entombment, the empty tomb on Easter morning, the Doubting of Thomas, and Peter greeting the risen Christ at the lake of Tiberius.