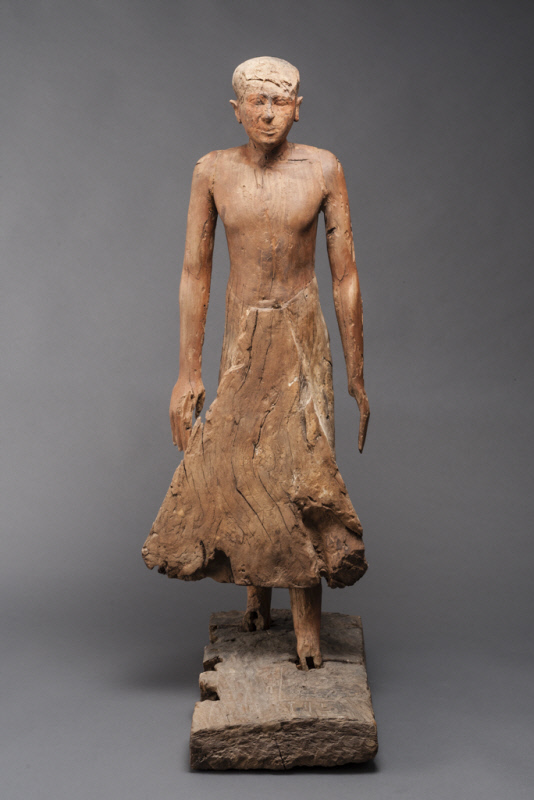 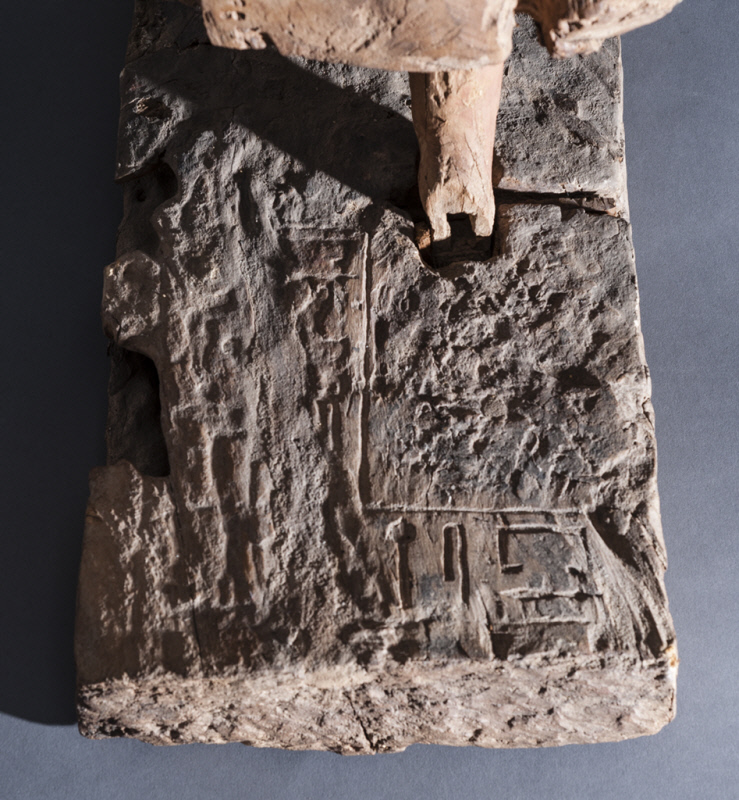 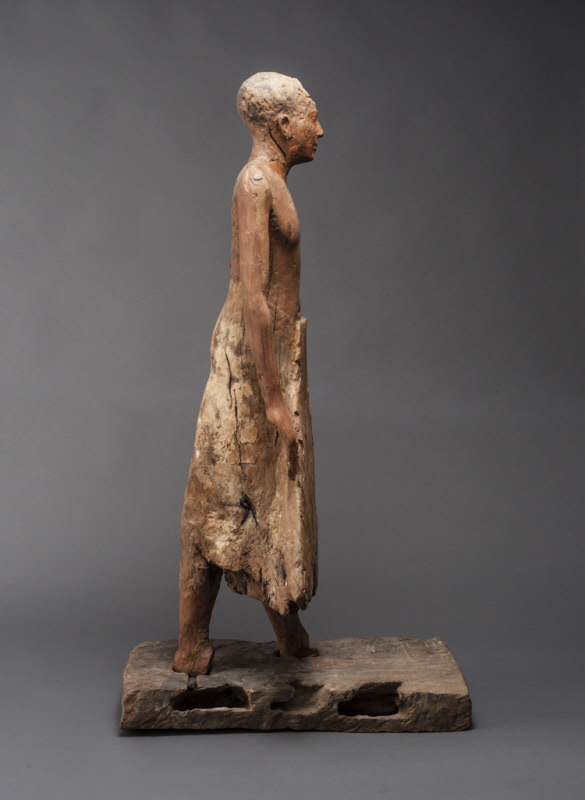 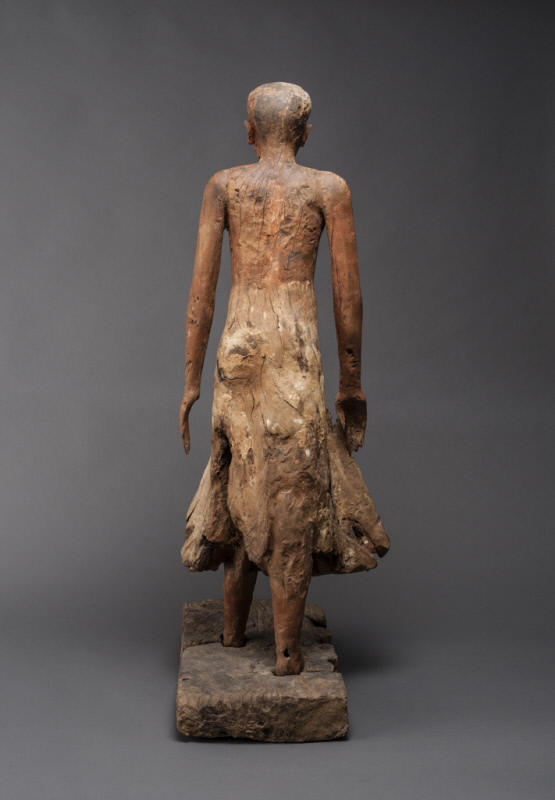 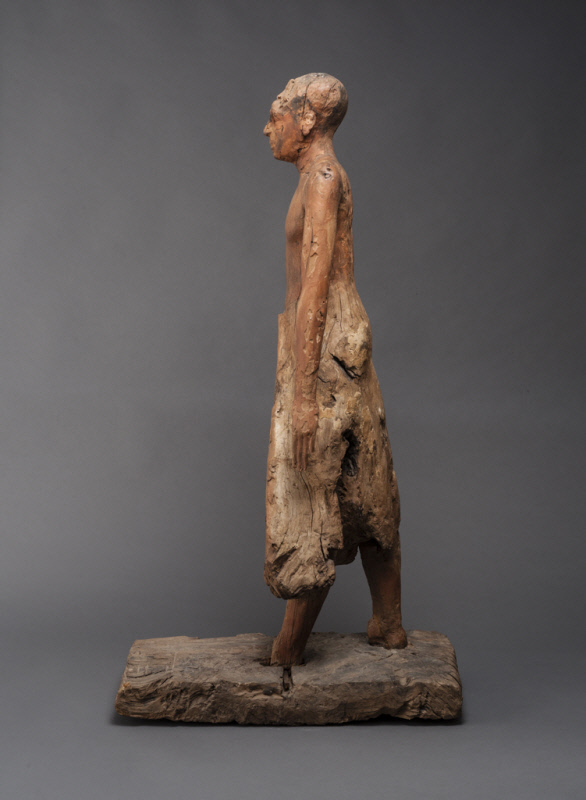 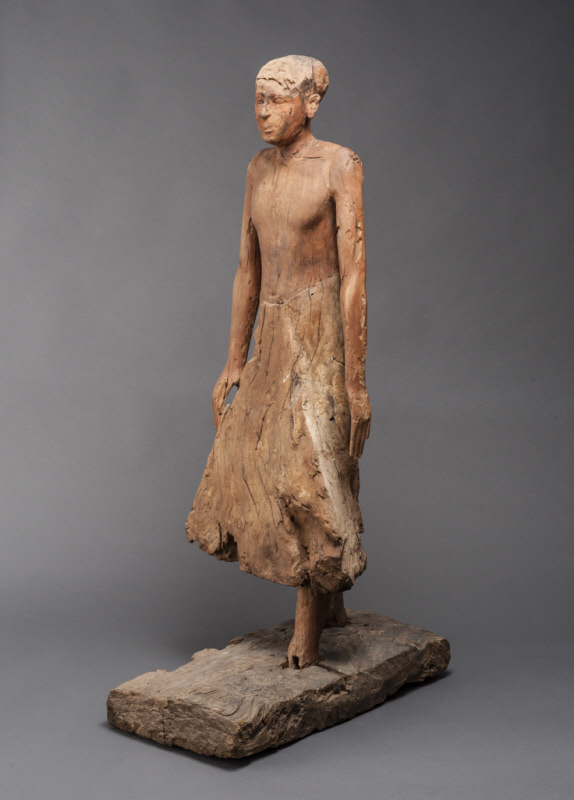 This dignified representation of a mature male indicates both purpose and serenity. He strides forward with his left foot while looking straight ahead. His arms hang loosely at his sides. The statue once was vibrantly painted with traces of red that can be seen on his bare skin as well as black on his head to indicate short hair and white on his clothing. He wears a long linen wrap skirt or kilt typical of senior Egyptian officials. Indeed, his clothing may indicate that he was a government official or a priest. The ends of the feet, originally completed with small additional pieces of wood, have been lost to time, but the square attachment holes for those pieces and the original base remain.

The statue is said to have come from a tomb. Private mortuary sculptures of a striding male figures with left foot forward, projecting kilt, and arms at the sides first become popular beginning in the Old Kingdom (2686–2181 BCE). In particular, the long fingers, which include delicate indications of fingernails, and proportions of this statue are most common in sculptures created in the 6th Dynasty (2345–2181 BCE) and the First Intermediate Period (2181–2055 BCE).

As a funerary statue, this piece would have had a spiritual function: to house the ka (life-force or soul) of an individual that continued after a person died. The ka needed both a body and sustenance in perpetuity, which could be provided in the form of wooden sculptures, like this one, as well as by paintings and reliefs that would be included in the tomb of the deceased. As typical for ka statues, the name of the depicted figure and his titles would have appeared in the multiline inscription in hieroglyphs on the wooden base. Only a portion of the hieroglyphs are legible on this statue base, including: “Hesj…[illegible] Venerable in the Great God,” and “Inspector of the Palace,” which was a prevalent title during the Old Kingdom associated with both administrative and religious functions.