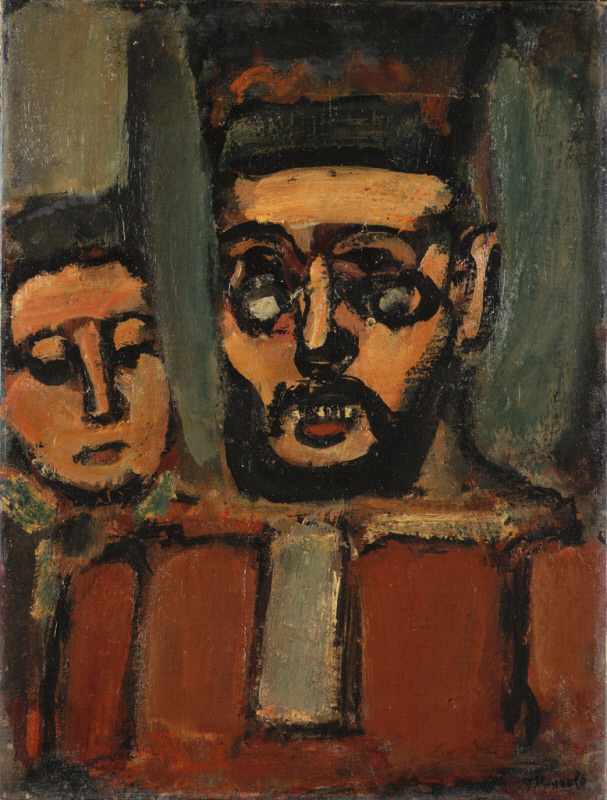 French artist Georges Rouault (1871­­–1958) married bold, expressive lines with rich, jewel-toned colors, often using his paintings, prints, and drawings to explore social concerns. He depicted individuals of all social classes, from the outcast, poor, and ridiculed members of society, including prostitutes and clowns, to the most powerful, such as aristocrats and judges. Judges, in particular, were a favored subject: they appear in more than twenty works by Rouault, beginning in 1907, when he frequented trials at the Palais de Justice in Paris to sketch the various people in the courtroom. In Judge, 1937, the figures’ downcast eyes and calm expressions exude a sense of benevolence and pathos. Rouault said, “If I have made judges such lamentable figures, it is doubtless because I betrayed the anguish which I feel at the sight of a human being who has to pass judgement on other men. The judges themselves I could not condemn.”