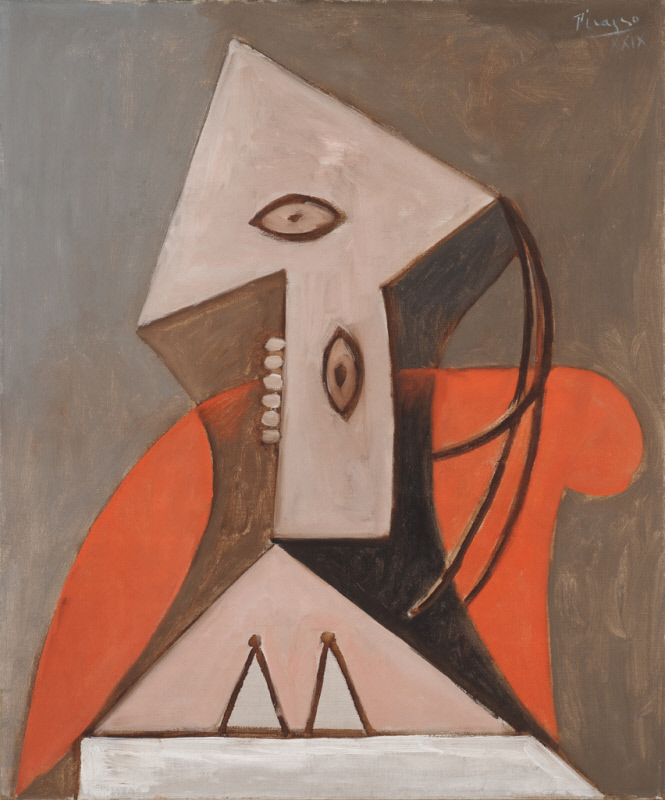 In Woman in a Red Armchair (Femme au fauteuil rouge), Pablo Picasso employed the format of a traditional portrait with the sub­ject seated and facing the viewer, but he disfig­ured the sitter, rendering her unrecognizable. Although he most likely painted an anonymous model, in its overall style the canvas resembles contemporaneous likenesses of his wife Olga Kolkova. They married in 1917 and, though never formally divorced, separated around 1927, two years before this painting. Early depictions of Kolkova were gentle and affectionate, but as the relationship soured, Picasso began to portray her in a sharp, sometimes sinister, manner. The distortion of the body also reflects Picasso’s ongoing contact in the 1920s with the Surrealists in Paris.