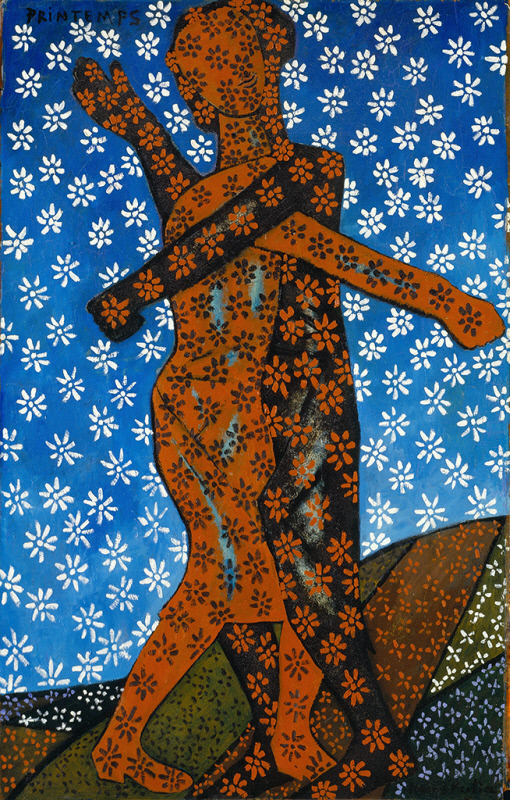 
© Artists Rights Society (ARS), New York / ADAGP, Paris
Learn More
French artist Francis Picabia was a perennial art-world provocateur. In 1912, he exhibited some of the first abstract paintings ever shown in France; in 1920, he played a lead role in bringing the Dada movement’s iconoclastic activities to Paris. Five years later, however, Picabia left the French capital for the south of France, where his practice of repainting older canvases gradually intensified. Spring is believed to be one such painting, executed in at least two separate campaigns. The dancing figures were likely completed around 1937­–38, during a period when Picabia had returned to figurative representation. The flowers were added at a later date, likely 1943, when World War II constrained Picabia’s movements in and around Golfe-Juan, his home on the French Riviera. His wife and two friends later recalled finding Picabia in his studio one morning, joyfully painting daisies on all the canvases there.