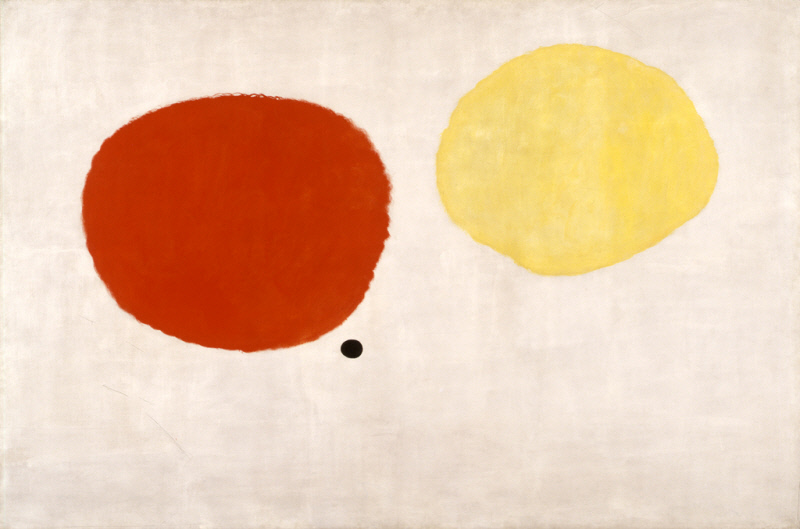 In the early 1920s, Spanish artist Joan Miró moved to Paris, where the Surrealist movement was just beginning to take root. Miró’s studio, located at 45 rue Blomet, soon became a hub of avant-garde activity as he developed a language of biomorphic abstraction rich with personal symbolism. His work took a decisive turn around 1927, however, when he was famously reported to have declared the desire to “assassinate painting.” Ten years of intense experimentation with media and techniques followed, including a four-month period, in early 1930, when Miró devoted himself to six large paintings on white grounds. Writing to a critic that January, he called the canvases “my good-bye to painting, at least for some time, in order to attack new means of expression.” Painting (The Magic of Color) is one such work. Its spare composition, restrained color palette, and increased size indicate Miró’s desire to “de-compose” his paintings to the point where, as writer Georges Bataille noted that winter, “nothing remained but some formless blotches.”