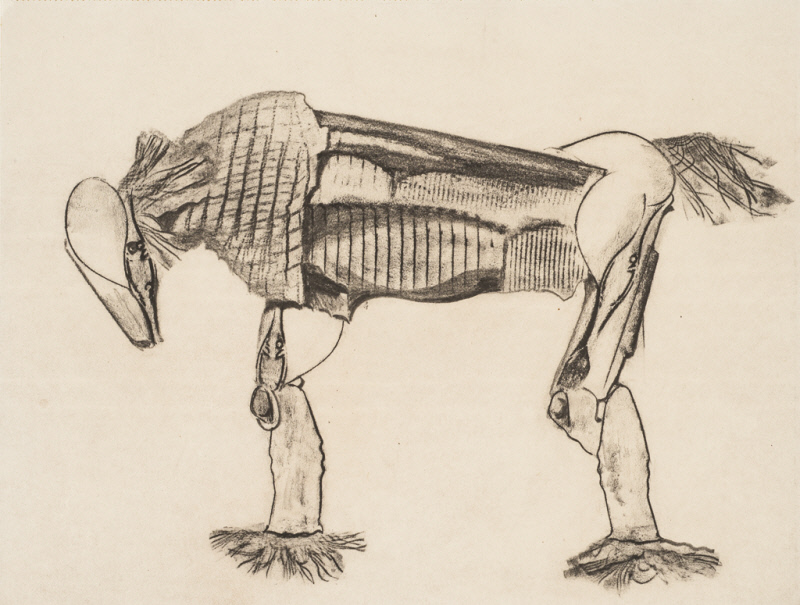 Max Ernst started using the technique of frottage in 1925, when he placed a sheet of paper over worn-out floorboards and rubbed the surface with a dark pencil. The floor’s grooved texture, newly transferred to the paper, became a springboard for his imagination. “I began to experiment at random on all sorts of materials, whatever met my eye,” he later recalled. “The drawings lost more and more the character of the material investigated. One no longer saw wood, for example, but images of an unhoped-for precision. A new kind of natural history was born.” For Ernst and his fellow Surrealists, frottage held revelatory potential. A so-called “automatic” technique, similar to the Surrealists’ literary experiments with automatic writing, it sought to divorce art making from the artist’s conscious control, liberating the current of unconscious thought. Ernst’s discovery of frottage coincided with a heightened interest in natural phenomena, and he often modeled his subjects on printed illustrations of geological formations, plant life, and zoological specimens. Here, an array of striated patterns form the body of a horse, one of the artist’s favored subjects during this period.

Apparitions: Frottages and Rubbings from 1860 to Now
Modern and Contemporary Art